Ah – by the time you read this, it will be too late.

By that I mean that after you’ve been hit by some Drive-By Malware — some website that forces your computer to run a fake anti-virus scan, etc. — then you’re already compromised. If it’s really clever software, it’ll disable your internet access so that you won’t be able to find an article like this.

The only thing WORSE than malware that downloads automatically from a website is that Microsoft happily allows it to happen.

This reminds me of Seinfeld talking about how he used to eat the food that’s left out in the hotel hallway:

“Just eat it and shut up. I’ll eat anywhere, whatever they’re having. I have eaten rotten rolls off of room service trays in hotel hallways. I have. It’s not a joke. This is my life. I don’t know, somebody left it. Why would someone poison a roll, and leave it in a hallway for some comic coming down at two o’ clock in the morning? Why would they do that?”

The sad thing is that Windows WILL happily eat whatever some wesbite puts out for it. OF COURSE you wanted to run any software a website feels like delivering. Why would a website want to poison your computer?

Last night I got hit by such a virus / malware / spyware / whatever you want to call it.

As per this (very useful) webpage (NOTE – useful for information, I DON’T trust the software they suggest you download.)

I got a thing that looked like this and then my computer went to hell: 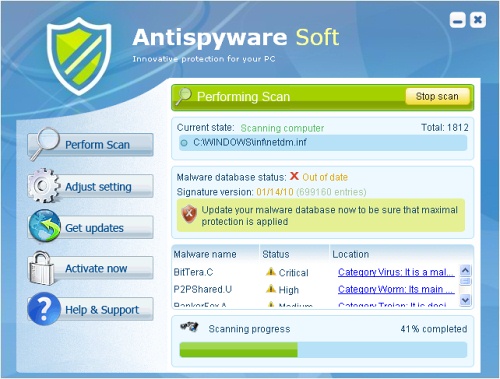 And thus started SIX HOURS of time wasting trying to fix my computer. And I’m still left with the question “Why did Windows and Internet Explorer JUST ALLOW this crap to run?”

According to Windows Defender, this is EXACTLY what it is SUPPOSED to protect from: 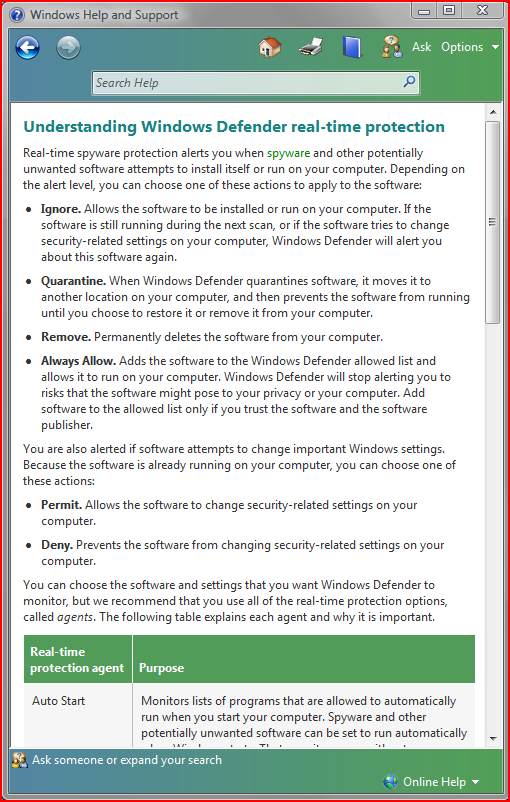 What happens? Well, after closing the browser (because I’m not allowed to stop this software from running), I no longer have internet access — I’m told I’m not connected to the internet.

THAT’S WHY this article is titled “too late” — because you won’t be able to find it after you’ve been infected. After a lot of messing around trying to “diagnose the connection problem” I started to wonder why I had a proxy server enabled (since I don’t know what or why that would be). So I went into Internet Explorer, Tools, Internet Options, Cennections Tab, and then the LAN Settings button (yup, this is buried) and saw a screen like this where I unchecked the “Use a proxy server for your LAN” since I have no idea why it became checked (or why Microsoft would just allow anybody to do this TO me): 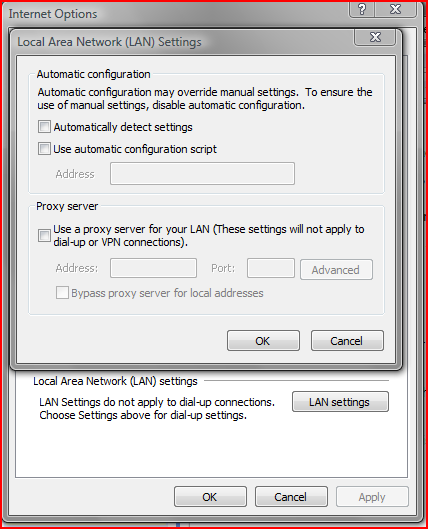 Now I had internet access again and thus was able to find this helpful page, which I’ll repeat:

and also repeat : NOTE – useful for information, I don’t trust the software they suggest you download.

I’d also like to point out that when you search for what to do about spyware/malware you get all sorts of creepy sites that look like they’re made BY the people who are infecting your computer in the first place — and they all have solutions that require you to pay them money.

In fact, even though the page above had good info on manually removing the crap from my computer, the software it recommended you download was Spyware Doctor. This is one of those Spyware Scanners that attempts to hoodwink you into thinking you have problems.

Application Tracking Cookies aren’t a problem! They aren’t preventing my computer from accessing the internet or stealing my passwords or credit card numbers. I don’t trust any software that makes up fake problems in an attempt to sell itself. Pretty much everyone is going to have tracking cookies on their computer — but that isn’t going to make them have their credit card info stolen or slow their computer or any of the serious problems that Spyware Doctor wants to make it seem like. 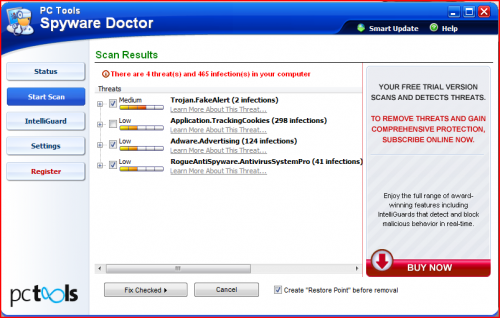 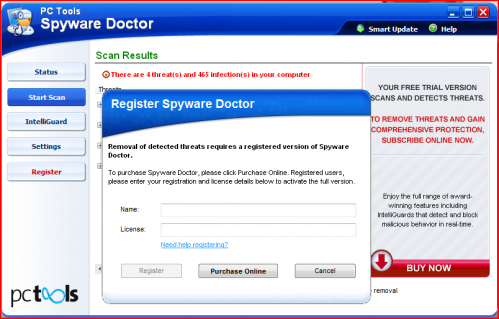 Which brings me to my sad conclusion — I meant to post this link to free software a few days ago. I was looking through Consumer Reports and this software was both top-rated AND free.

and get the Free Avira software. Note that it IS free, but will throw ads at you for you to buy it every chance it gets. I’d guess the paid version does more — however, the free version does plenty and seems to have repaired the damage to my computer.

Even if you don’t want to be running this software now, I’d suggest you download a copy and save it somewhere “just in case.” Because after Windows lets some website disable your internet access, it will be too late to find this article and/or download the antivirus software.

(Well, not totally too late. You can do what I did – download the software on another computer and then transfer it over to the dead computer via a USB stick. However, it won’t be able to update it’s scanning definitions until you get your computer able to access the internet again.)

This Malwarebytes software also seemed to be legit and work and there is a free version that functions.

Additional reference on this Antispyware Soft virus can be found here: