For a week or two (I’m pretty sure this started before Hurricane Irene) I’ve been having trouble accessing secure pages on amazon.com. I can’t see my past orders, reach my Amazon Cloud Drive, or now even place a new order. I discovered today that I can’t get the newegg.com site to work either — so I’ve got no way to order computer stuff I need.

At first I thought it was something corrupted on my main computer.

Nothing works. On amazon and newegg I can’t access any page that’s secure.

I’ve tried to find some references to anyone else on the web having this problem. Often replies seem to suggest the person has a virus on their machine or something is corrupt on their windows install – but I’ve ruled that out with multiple computers. I have a my router attached to the Verizon Fios router — but I’ve replicated the problem with a computer attached directly to the router.

I was thinking the problem could be the router — I’ve tried cycling it off and on to reset it.

Then today I was reading about google DNS and was wondering if Verizon has some DNS issue going on. I tried running some tracert commands and found that somewhere out there, my requests are timing out. Hence I can’t access the websites. That makes me think the problem isn’t a virus on my computer and isn’t a problem with my router.

However, that leaves the problem as something out in the world-at-large — perhaps on Verizon servers, perhaps not.

From here, I have no idea what to do. I’m going to put up the screenshots of my tracert calls and links to the references I was looking at. Maybe someone will stumble across this and have a solution.

I can access ericshefferman.com (though I don’t understand why one step timed out) 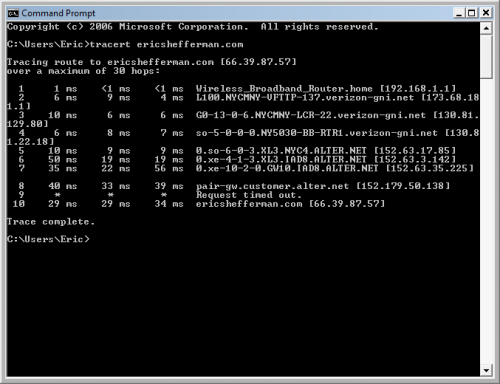 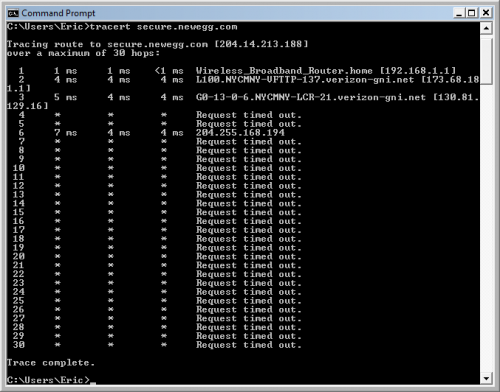 These people had problems accessing craigslist.org and newegg.com and tried rebooting their router

This person had problems accessing amazon.com and it was a DNS issue

This person couldn’t access amazon.com or paypal.com and it was suggested that it was a virus

The following are all screenshots I took in Safari on August 29, 2011 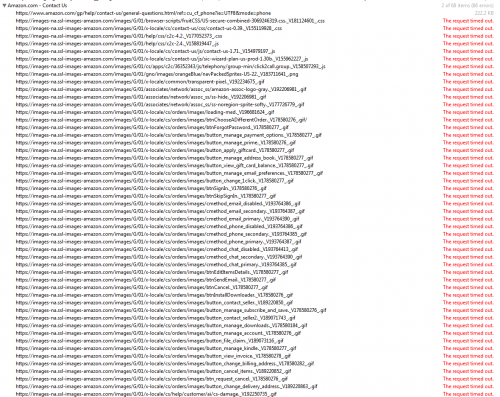 Update: September 5, 2011:
I also had the idea of using my laptop’s Comodo TrustConnect account to try to access amazon and newegg via a different route since the TrustConnect effectively gives me a different IP. However, I was unable to connect to the Comodo server from here.

I finally had to go to Panera Bread to place amazon and newegg orders.

Update: September 6, 2011:
More references to this type of problem. Not able to access certain sites.